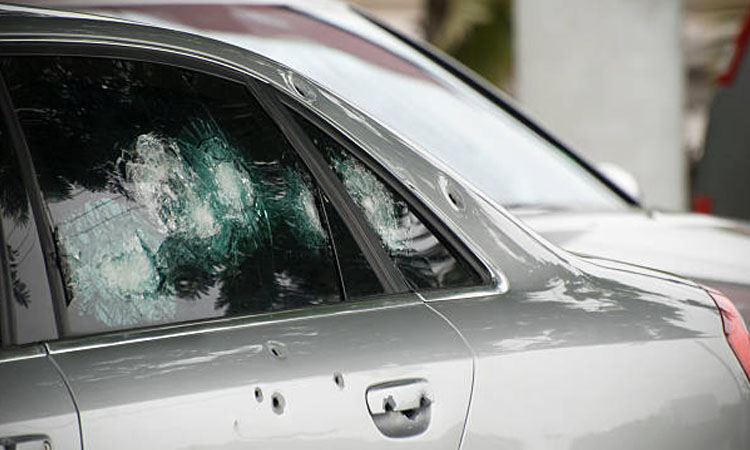 A businessman and his driver were killed and a female passenger was injured in a shooting incident on the southbound lane of Edsa near Reliance Street in Mandaluyong City Sunday afternoon. Two unidentified gunmen on a motorcycle went close to the white Toyota HiAce Grandia van they were riding on and fired several shots at its right side windows

The backseat window of the van, which stopped on the lane near the center island of the thoroughfare, was shattered, while the window of the front passenger seat had two bullet holes.The incident happened at 3:23 p.m., according to the Metropolitan Manila Development Authority.

The injured were taken to the Victor R. Potenciano Medical Center, which is almost right across where the van stopped.According to Villaceran, the driver of the van, 51-year-old Allan Nomer Santos of Barangay Del Pilar in Las Piñas, and Jose Luis Yulo, a 62-year-old businessman of Ayala Alabang, Muntinlupa, were declared dead at the hospital.The woman, 38-year-old Esmeralda Ignacio of DBP Village in Las Piñas, survived.

Suspects caught on CCTV footage taken by a closed-circuit television (CCTV) camera in the area showed two men on a black motorcycle shadowing the van as it navigated through moderate traffic on Edsa. They later fired at the van and then fled. Villaceran said the motorcycle driver wore a black jacket and obscured his face with a helmet. The other suspect was in a white T-shirt and denim pants. It appeared that a .45-caliber firearm was used